The name of this solar-powered super luxury yacht is called Silent 80. Its called Silent 80 because it travels in pure 100% silence due to the fact that it has no diesel engines. Rather it’s powered by solar panels and batteries. 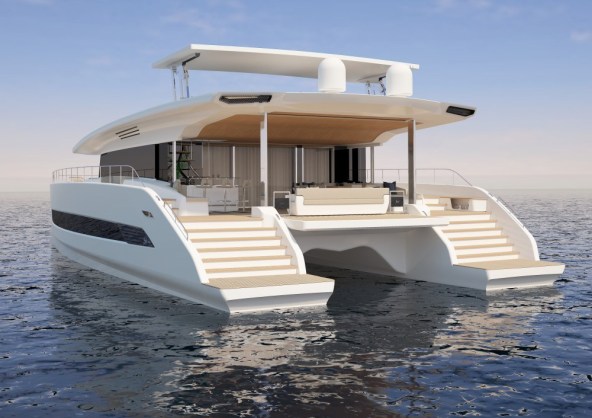 This yacht is also called the Tesla of the seas because it uses exactly the same batteries Tesla uses in its cars to store energy which it generates from the solar panels mounted on the roof. The company behind this masterpiece is called Silent Yachts. They are also the brains behind the world’s first solar electric catamarans.


The Silent 80 uses a technology called electric propulsion. It can travel unlimited range without emitting fumes, noise or any vibration. Sitting on the rooftop of this beauty is a 70 solar panel cluster. This powers the electric motors and stores energy in the same Lithium batteries used to power Tesla electric cars.